Sword Customs – Why The Groom Must Always Stand on the Right

You may not realise this, however there are a few customs that exist to present day that originate from the time when a man would carry around a sword.

One such custom can be seen at any marriage you attend. The reason the man always stands on the right is so that his right hand – his fighting hand – could be free to hold his sword.

The tradition stems from the days of “marriage by capture”

Back in the days of “marriage by capture”, the groom would need to keep his sword hand free for what was often inevitable combat. The fact was, women were often kidnapped into marriage. Family members naturally wanted to rescue the stolen brides.

If the groom had to protect his bride, he would hold her with his left hand, and fight off attackers with his right arm.

Even if the wedding was legitimate, and the woman was through her own freewill, a groom may have been forced to defend his bride from other suitors who might step in to take her away. 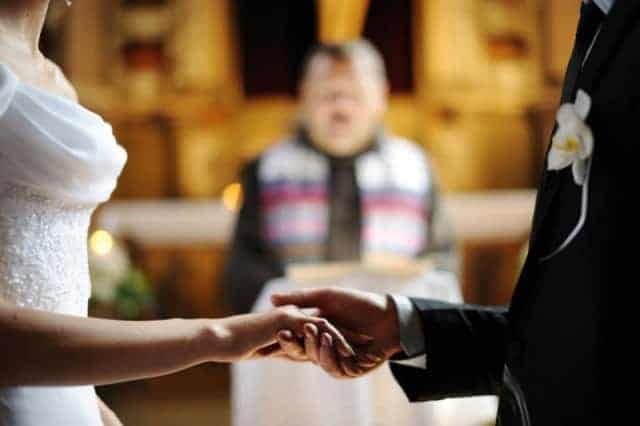 The groom traditionally stood on the right, so that his sword hand was free. (Image: Pixabay.com)