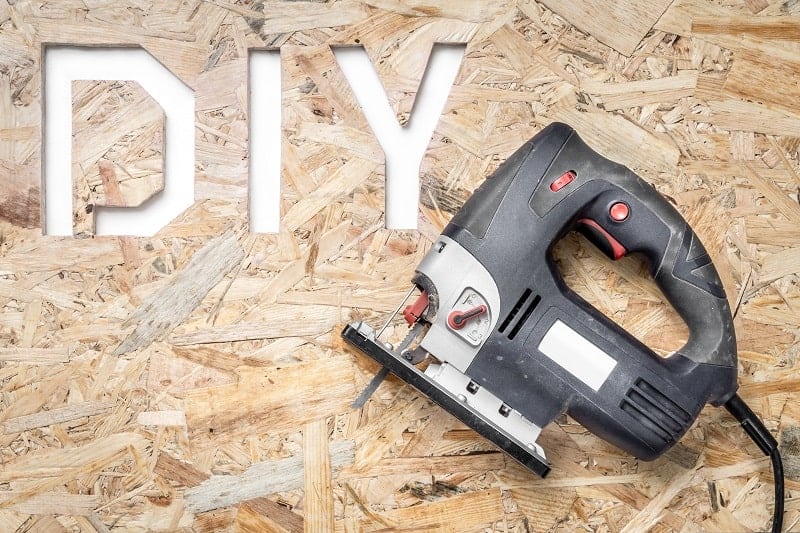 Both have a flat table, with a slender blade that runs perpendicular to the work. In both saws, the thin blade creates cuts that are precise, and can accommodate curves and tight angles.

Both tools operate on a similar principle as a jigsaw, with the primary difference being that, with a jigsaw, you hold the tool and move it over the work.

With scroll saws and band saws, you instead hold the work and move it against the blade.

With so many visual and functional similarities, it’s important to understand the differences between a scroll saw and a band saw, so you can choose the right one for your needs.

Since there are so many similarities between these saws, it’s a question of identifying the differences between a band saw and a scroll saw, to know which each one is best at.

Related Reading: See our reviews of the best scroll saws 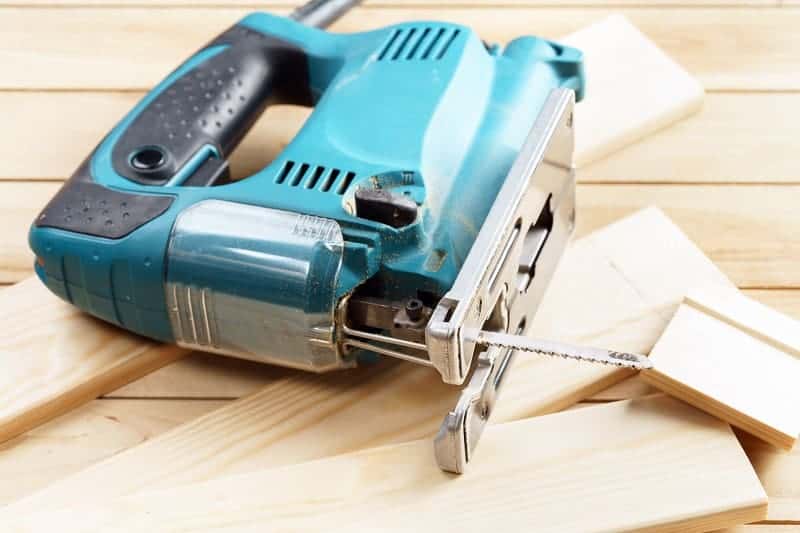 Scroll saws are named after the intricate, ornamental scrollwork that they excel at, because they can make very tight, smooth curves, as well as sharp, precise angles. Scroll saws have slender, delicate blades that can be used to make very fine cuts.

They usually have a dial or foot pedal that precisely controls the speed of the blade. A scroll saw has a reciprocating blade, and operates at a relatively lower speed than other power tools, and are usually quieter in operation as well.

Scroll saws are differentiated by the rocking motion of the arms, which controls the angle of the blade.

Different types of scroll saw are:

In this design, two parallel arms hold the blade between them at the ends of the arms. The arms pivot up and down, in a reciprocating motion that moves the blade up and down with nearly no lateral motion.

In these saws, the bulk of the reciprocating motion is confined to the ends of the arms, where the blade is, as the system pivots.

While these have more moving parts, the primary effects  are reduced vibration, and blade movement that has slight lateral motion as well as vertical.

C-arm scroll saws pivot on the rear, rocking the entire fixed saw arms and blade up and down simultaneously.

C-arm scroll saws are very much like a motorized coping saw, and have much more lateral movement than other types of scroll saws.

Most scroll saws are the parallel arm design, and this is also the safest.

The blade is held under tension such that, if a blade breaks, the upper arm swings up and out of the way, halting the tool.

Other designs will continue to reciprocate with a broken blade until the tool is shut off, which can pose more hazards.

C-arm scroll saws are very much like a motorized coping saw, and have much more lateral movement than other types of scroll saw.

Not all scroll saws can use both pin-end and plain-end (also called “flat end”) blades, but most woodworkers will want a saw that can use both types.

While you may think you only need one type of blade for your projects, most woodworkers eventually find it too limiting to not be able to use both types of blades.

On that same note, look for a scroll saw that does not have a “tooled blade”; these blades require you to use a tool every time you want to change blades, which eventually becomes an unnecessary annoyance.

Some scroll saws allow you to tilt the table, which can be convenient when creating small miters and bevels, allowing you to make angled cuts more safely and consistently than on a flat table.

The throat length is the distance between the blade and the back of the saw, and naturally limits either the size or the range of motion of the workpiece.

For small projects, throat length is not a consideration, but may be a concern for larger pieces.

Scroll saws are the optimal tool for:

Therefore, scroll saws are the preferred tool for:

Scroll saws are named after the intricate, ornamental scrollwork that they were designed for.

Scroll saws have slender, delicate blades that can be used to make very fine cuts, including tight, smooth curves, as well as small, sharp, precise angles.

A scroll saw has a reciprocating blade, held between two extending arms, and operates at a relatively lower speed and less noise than other power tools.

They usually have a dial or pedal that controls the speed of the blade, so that speed can be adjusted as needed. 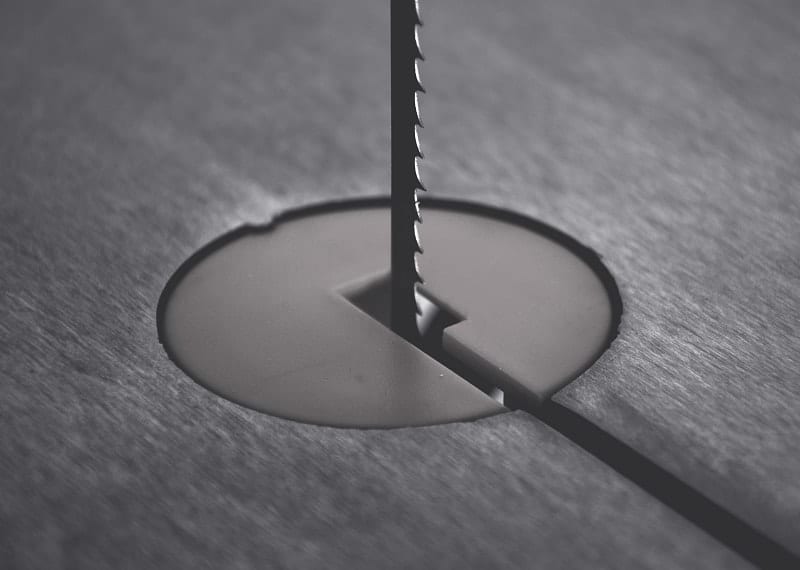 Band saws and scroll saws have a lot in common. They both have a flat table, with a thin flat blade that runs perpendicular to the work.

The thin blade in both saws creates cuts that are precise and clean, and can accommodate curves and tight angles.

With band saws and scrolls saws, you hold and manipulate the work, feeding it into the blade.

Since there are so many similarities between these saws, it’s a question of identifying the differences between a band saw and a scroll saw, to know which each one is best at.

While a band saw looks similar to a scroll saw, in the sense that the blade is suspended vertically between two parallel arms, instead of a small reciprocating blade, band saws use a long loop of toothed metal that rotates continuously in the same direction (hence the name, “band” saw, for the long looped blade).

As with all saws, band saws have a number of different blades that are optimal for different purposes. But the major types of band saw are:

They are powerful machines, capable of working with different stock that is both very thick or in big flat boards, making it easy to optimally position and manipulate the work.

They are also expensive and take up a lot of space in a workshop.

These band saws are designed to be attached to a shop bench or table. These are the most popular for DIYers and hobbyists, because they take up less space but are nearly as powerful. Benchtop band saws come in a variety of sizes, giving woodworkers a lot of options.

Portable band saws are easy to transport to a job site, but have a very small working area.

They are often used simply for trimming, and popular with plumbers.

How Do Band Saws Work?

In a band saw, the blade is suspended vertically between two parallel arms, but instead of a small reciprocating blade, band saws have a long toothed looping blade that rotates continuously in the same direction, like a belt.

The length of the blade allows band saws to cut stock that is very thick or irregular in thickness.

Band saws are also excellent for making long, even rip cuts, because the long blade provides consistency throughout the cut.

Finally, band saws can cut curves and angles in wood, with a slender blade that allows you to feed stock at a variety of angles and arcs during cutting.

Band saws are the optimal tool for:

Do you need a tool that is more powerful and versatile on a range of projects?

Or do you need a tool that can make small, precise, perfect cuts and curves? They may use the same principles, but these saws have very different purposes.