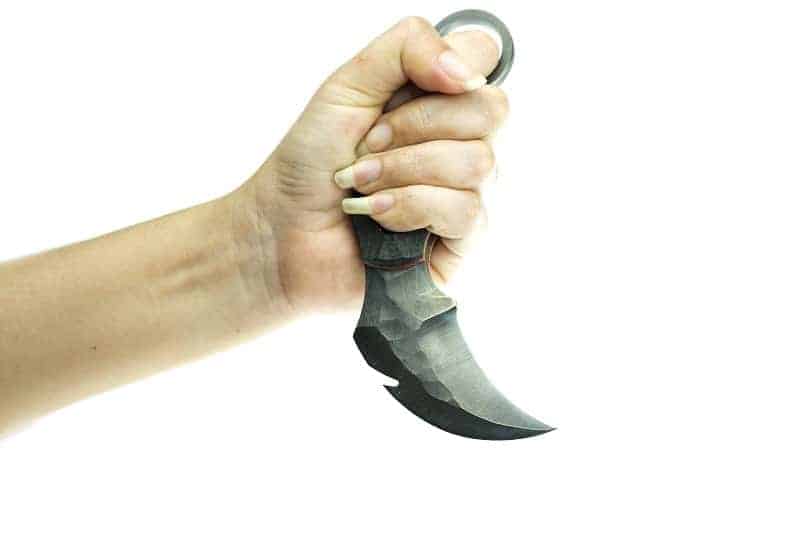 Knives and blades from Asia are gaining more and more attention in the United States, as we learn more about the benefits of these precise designs and the cultures that created them. Karambit and nakiri knives originated in Asia, but are making a big impact around the world.

What is a Karambit? 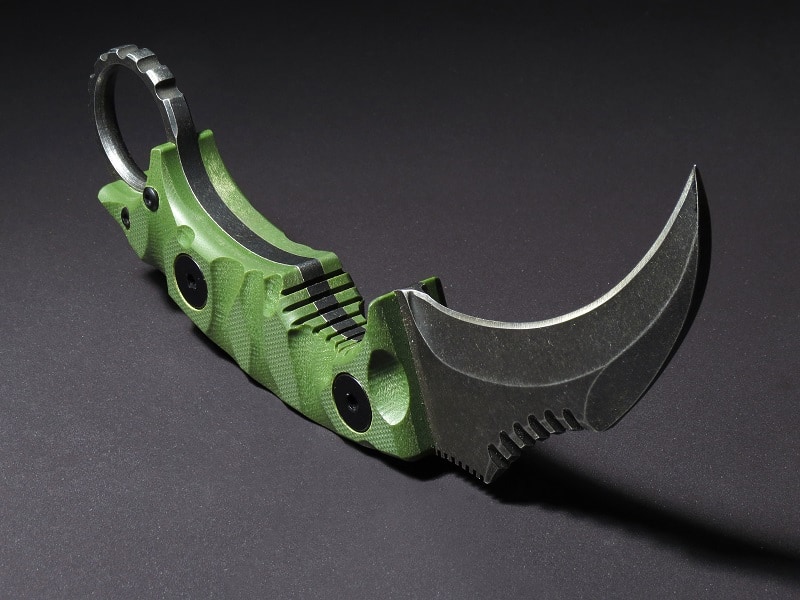 A karambit (also spelled kerambit, kurambik, and kerambol, depending on country of origin) is a small curved knife that originated in southeast Asia.

Developed in Sumatra, it was originally an agricultural tool, but evolved into use as a weapon. Through trade with Indonesia, this distinctive knife spread throughout Thailand, Cambodia, the Philippines, Myanmar, and Laos.

How Does a Karambit Work?

Due to its agricultural origins, the karambit has historically been regarded as a weapon of the lower classes, only used by warriors as a weapon of last resort.

It is a short, deeply curved blade, originally modeled on a tiger’s claw. Today, it is one of the primary weapons of Filipino and Southeast Asian martial arts.

The blade is held pointing downward from the bottom of the fist, with the tip hooking forward toward the opponent.

Karambits usually have a finger ring, for additional stability and security in the grip, and also to allow the knife to do additional damage as a punching weapon.

Traditional karambits are found throughout Southeast Asia, although they have a wide range of shapes and forms, with some variations specific to a particular class or blacksmith.

Some lack a finger guard, some have longer blades with a shallower or more pronounced curve, and they have been made with a wide variety of local metals.

Because the kerambit was a peasant weapon, they were seldom made with precious metals and jewels, unlike the more prestigious kris knife also popular in the region.

Modern karambits are prized for their versatility and use as an everyday tool, and they are part of the practice of many Southeast Asian martial arts.

Modern karambits come in a wide range of styles, and usually have rugged, highly textured grips to create even more stability than the finger guard alone provides.

The most popular modern design variations include folding blades instead of fixed blades, and the addition of compound hooked curves and additional serrations that give the knife different cutting surfaces.

What is a Karambit Best For?

The small size of a karambit makes it easy to carry, conceal, and maneuver during combat.

The finger guard makes it easy to hold and manipulate, and also makes it difficult for an opponent to disarm.

The fighting technique of a karambit focuses on integrating the knife into traditional punching and blocking techniques, adding the ability to inflict stabbing or cutting injuries within the natural motions and biomechanics of Silat and other martial arts.

Karambit fighting techniques also focus on striking and cutting the weakest, most vulnerable parts of the body, like the back of the knee, inside of the elbow, or side of the throat.

Used in this way, the curved blade can quickly incapacitate an opponent, and it is considered to be one of the most deadly hand-to-hand weapons.

What is a Nakiri Knife? 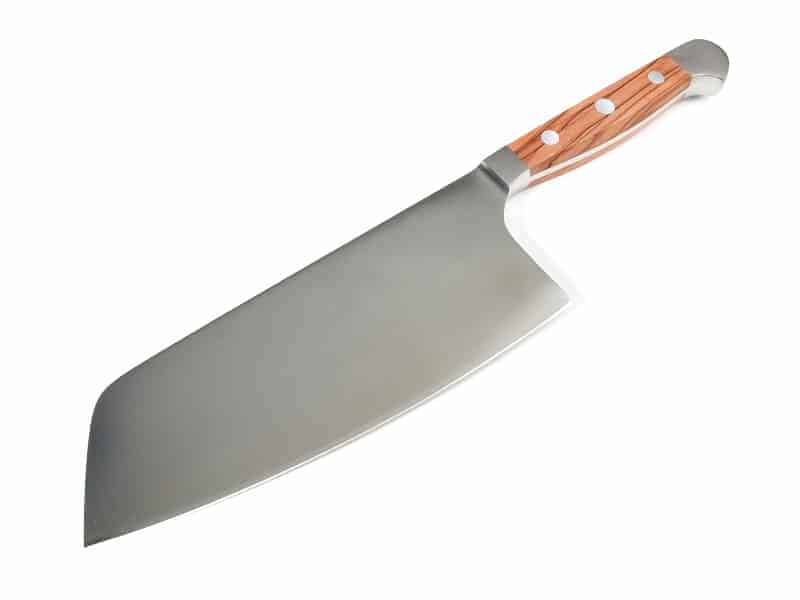 The Japanese Nakiri knife is a kitchen knife. It looks like a very thin-bladed cleaver, and is specially designed for cutting vegetables and greens.

How Does a Nakiri Knife Work?

A nakiri knife has a flat blade, like a cleaver, that is extremely thin and beveled on both sides.

This thin blade and beveled edge makes it easy to slice very thin, even slices of vegetables, using the entire length of the blade, preserving the delicate texture of the skin, and releasing cleanly.

It has distinct advantages over other blade shapes and weights.​

A meat cleaver blade is thick and heavy, so you can apply a lot of cutting pressure to tough bones and cartilage, but that weight can crush delicate vegetables instead of slicing them.

A pointed blade is designed to allow you to cut into and around different fruits, meats, and vegetables, bisecting some parts from others (like separating stems, cores, joints, etc.).

But a pointed blade necessitates a rocking motion when cutting that makes it more difficult to cut perfectly even, consistent slices.

With a nakiri, you slice straight down into vegetables and greens, and the sharp, slender blade slices consistently across the entire surface, for very consistent cuts and slices that can also be very thin and delicate.

Because the shape and function of a nakiri knife is already extremely specialized, different types of nakiri mostly come down to design and materials.

With a nakiri, you slice straight down, instead of pushing or pulling as with a Western chef’s knife.

This means that the length of your blade naturally limits the length of the foods you can work with, so you shouldn’t choose a blade shorter than 5-6 inches, which is large enough to manage most heads of broccoli or cabbage, for example.

You also shouldn’t choose a blade larger than you can comfortably manage and control.

These blade finishes make faster work of slicing and chopping. For most people, that tiny difference in speed won’t make a noticeable difference, but for those who are making salads and stir-fry frequently, it may be a good choice.

As with any kitchen knife, the handle should fit well in your hand and give you lightweight, comfortable control of the blade.

What is a Nakiri Knife Best For?

The nakiri knife is best for chopping and slicing fruits and vegetables, managing tough roots like daikon, and delicate skins like tomato, with speed and ease.