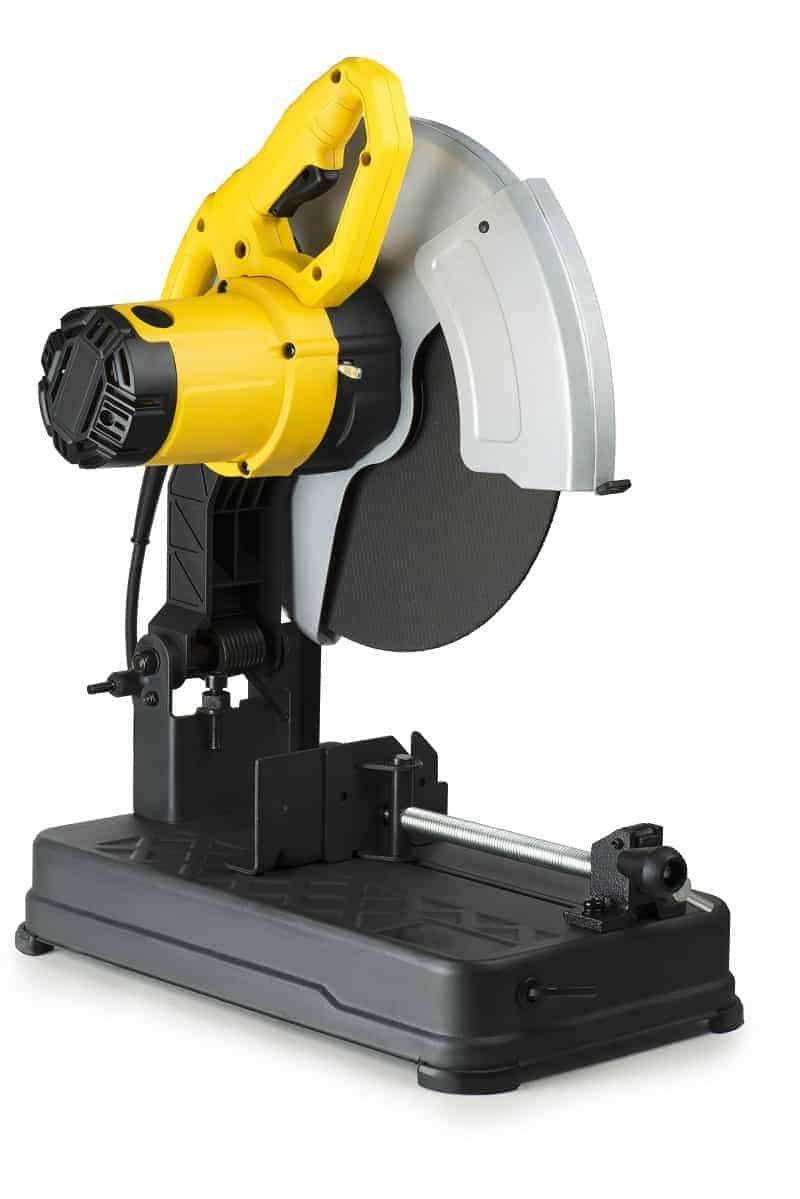 What is a Chop Saw?

A chop saw is a power tool with a circular blade, mounted on a hinged arm above a stationary base. The blade is pulled downward into the work, where it makes fast, straight cuts.

How Does a Chop Saw Work?

A chop saw has a stationary base, called a table. The table has a slot to receive the saw blade as it descends, and may have other features or components.

The fence is mounted on the table, to provide you with a stable place to keep the work while it is being sawed. Attached to the table by a hinge is the saw itself, with a circular blade.

When the blade is pulled down toward the table, it cuts through the workpiece, and then is lifted clear of the table.

Many chop saws are compact enough to be portable, so most chop saws also have a vise grip to stabilize the saw on your working surface.

Are There Different Types of Chop Saws? 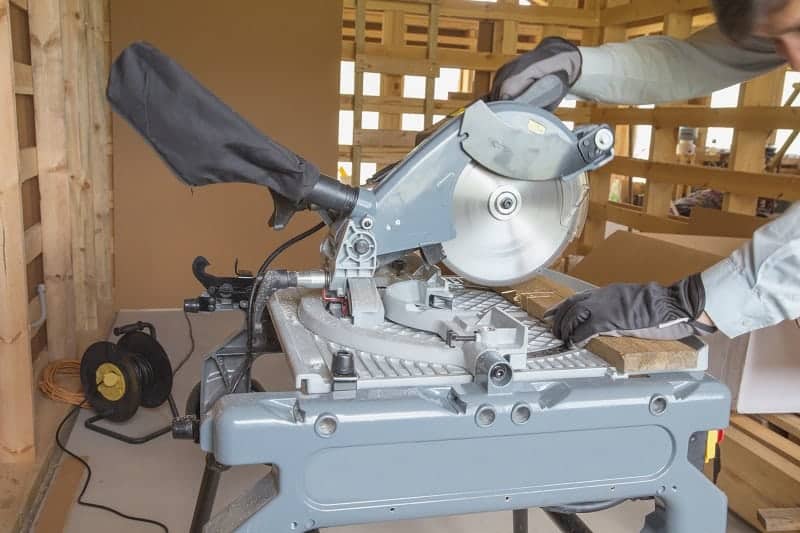 As with many circular saws, chop saws come with a wide range of blade sizes and blade types, for cutting different materials.

Different types of chop saws are:

Most saws are dry, but there are reasons to use a wet saw. Wet chop saws have cooling fluid (usually water) pumped into the cutting zone, where it keeps the blade and work wet in operation.

Wet saws operate more slowly, and the blades tend to be softer.

Wet cutting is best used when the material being cut has a fine finish that needs to be preserved during cutting (as in ceramic tile), or when a material needs to be cut without introducing heat that may affect the hardness of the material (as in some metals).

Wet cutting is also used to control dust and debris, when cutting a material that may have hazardous dust.

Chop saws can be made for blade discs that look like saw blades (made of carbide, with prominent teeth), or for abrasive blade discs that look more like sandpaper. Each is better for cutting different materials. You cannot simply change from a woodcutting blade to a metal-cutting blade in the same machine, because the motor housings and other mechanical aspects of the machines are different, and they operate at different speeds. It’s important to choose the right type of chop saw for the material you will be cutting.

What is a Chop Saw Best For?

Chop saws are an excellent way to make fast, precise, easily repeatable crosscuts. Chop saws tend to be powerful machines, designed to make rapid 90° cuts over and over again. They are workhorses in a shop or job site.

What is a Miter Saw? 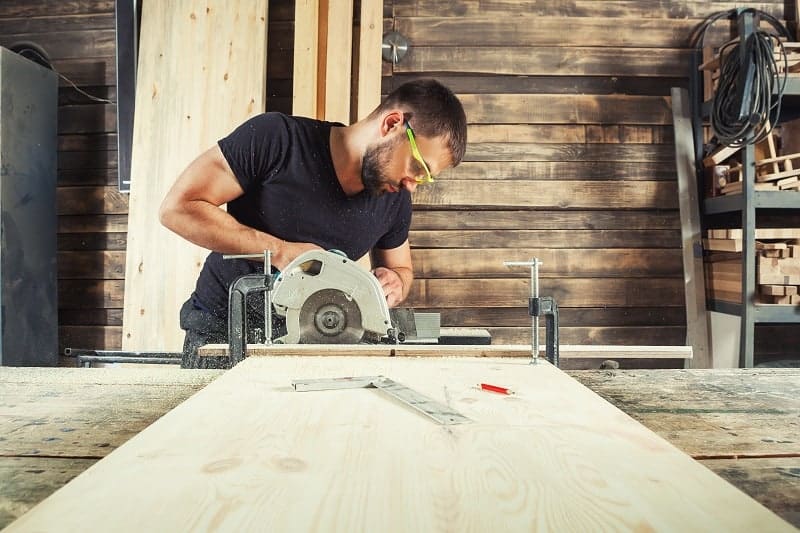 A miter saw looks and works exactly like a chop saw, with the exception that the blade can be rotated to cut at an angle. Instead of being fixed at a 90° angle to the work, the blade can pivot to the left or right, to make angled cuts when the blade is pulled down.

The ability to make both straight and angled cuts (miters) is what differentiates a chop saw from a miter saw.

How Does a Miter Saw Work?

Like a chop saw, a miter saw has a circular blade suspended over a stationary base, and cuts by pulling the blade downward into the work.

However, the blade angles can be adjusted to make different angled cuts, with precision and repeatability.

Miter saws can be adjusted to make:

Miter saws are capable of crosscuts like any chop saw, by simply dropping the blade down perpendicular to the work.

These cuts are angled across the width of the board, usually at 45°.

These cuts are angled through the thickness of the board, usually at 45°.

These cuts are angled in both width and thickness.

Are There Different Types of Miter Saws?

All miter saws can make angled cuts by rotating the blade back and forth.

A compound miter saw allows you to both rotate and tilt the head and blade relative to the work, so you can create cuts at two different angles at the same time.

As the name implies, a dual compound miter saw has a head that can be tilted to either side, not just one side, so you could make a 45° cut and a 135° cut by just re-tilting the blade.

A sliding compound miter saw allows the blade to slide forward and back, as well as be set at a compound angle.

This combines some of the features of a radial arm saw with a miter saw, and allows for mitered chopping cuts as well as shorter rip cuts.

What is a Miter Saw Best For?

Miter saws are generally smaller and less powerful than their big cousins, the chop saw.

They are regarded as “finessing machines” due to their precision and the cleanness of the cuts.

They are excellent for finishing work, like moldings and framing, or for small precise jobs like piping and aluminum.

Like chop saws, most miter saws are sold to cut wood, and if you want to cut metal you need a miter saw specifically designed for it.

While both machines work similarly and have similar features, chop saws and miter saws are used for very different purposes.

Miter saws are smaller, more finessing tools that make fast work out of miters and compound cuts, particularly when they need to be precise and repeated exactly.