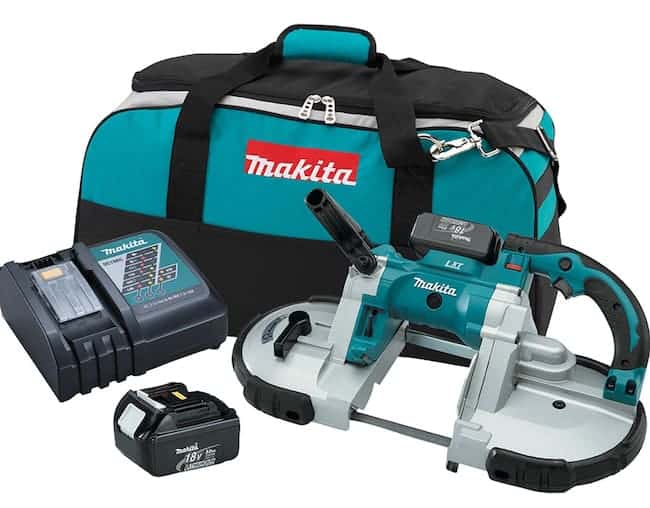 Band saws and scroll saws have a lot in common. They both have a flat table, with a thin flat blade that runs perpendicular to the work.

The thin blade in both saws creates cuts that are precise and clean, and can accommodate curves and tight angles.

With band saws and scrolls saws, you hold and manipulate the work, feeding it into the blade.

Since there are so many similarities between these saws, it's a question of identifying the differences between a band saw and a scroll saw, to know which each one is best at.

Related Reading: Check out our reviews of the best scroll saws on the market today.

How Do Band Saws Work?

In a band saw, the blade is suspended vertically between two parallel arms, but instead of a small reciprocating blade, band saws have a long toothed looping blade that rotates continuously in the same direction, like a belt.

The length of the blade allows band saws to cut stock that is very thick or irregular in thickness.

Band saws are also excellent for making long, even rip cuts, because the long blade provides consistency throughout the cut.

Finally, band saws can cut curves and angles in wood, with a slender blade that allows you to feed stock at a variety of angles and arcs during cutting.

The major types of band saw are:

Floor-standing band saws are the preferred choice for professional woodworkers and contractors, who will leave the tool set up and use it often.

The size of the machine, and the clearance needed for manipulating the stock, means that these tools take up a lot of space, and they can also be quite expensive.

Benchtop band saws are designed to be clamped to a shop bench, table, or other work surface.

These are the most popular band saws for hobbyists and DIYers, because they are nearly as powerful as floor standing models, but take up much less space.

Their popularity means that benchtop band saws also come with a lot of different options and features.

Portable band saws are easy to transport to a job site, but have a very small working area.

They are a great choice for finessing trim, baseboards, PVC pipes, and other materials that have been cut to length offsite, but need to be precisely fitted at the job site.

Band Saws are the Optimal Tool For

How to Scrolls Saws Work?

Scroll saws are named after the intricate, ornamental scrollwork that they were designed for.

Scroll saws have slender, delicate blades that can be used to make very fine cuts, including tight, smooth curves, as well as small, sharp, precise angles.

A scroll saw has a reciprocating blade, held between two extending arms, and operates at a relatively lower speed and less noise than other power tools.

They usually have a dial or pedal that controls the speed of the blade, so that speed can be adjusted as needed.

Scroll saws are differentiated by the rocking motion of the arms, which controls the angle of the blade.

Different types of scroll saw are:

In this design, two parallel arms hold the blade between them at the end.

The arms pivot up and down, in a reciprocating motion that moves the blade up and down, with nearly no lateral motion. This is the most common type of scroll saw, and the safest.

In these saws, the bulk of the reciprocating motion is confined to the ends of the arms, where the blade is, as the saw pivots up and down.

While these have more moving parts, the primary effects  are reduced noise and vibration, and blade movement that has slight lateral motion as well as vertical.

While the lessened vibration increases precision, it's important to account for the lateral motion when cutting.

C-arm scroll saws pivot on the rear, rocking the entire fixed saw arms and blade up and down simultaneously.

C-arm scroll saws are very much like a motorized coping saw, and have much more lateral movement than other types of scroll saw.

Some scroll saws allow you to tilt the table, which can be convenient when creating small miters and bevels, allowing you to make angled cuts more safely and consistently than on a flat table.

Scroll Saws are the Perfect Tool For

Ultimately, the question of band saw vs scroll saw comes down to the scale of your work.

If you are working on big projects or very thick stock and need lots of power, then a band saw is the perfect tool.

If you are working on small, precise, intricate projects, a scroll saw is better.

Generally speaking, a band saw, provided you have space for it, is a more versatile tool for a wider variety of projects. But if you are making small puzzles, fretwork, scrolls, and art projects, a band saw is too big and imprecise. 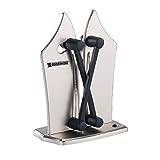 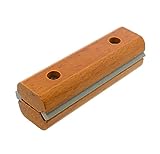