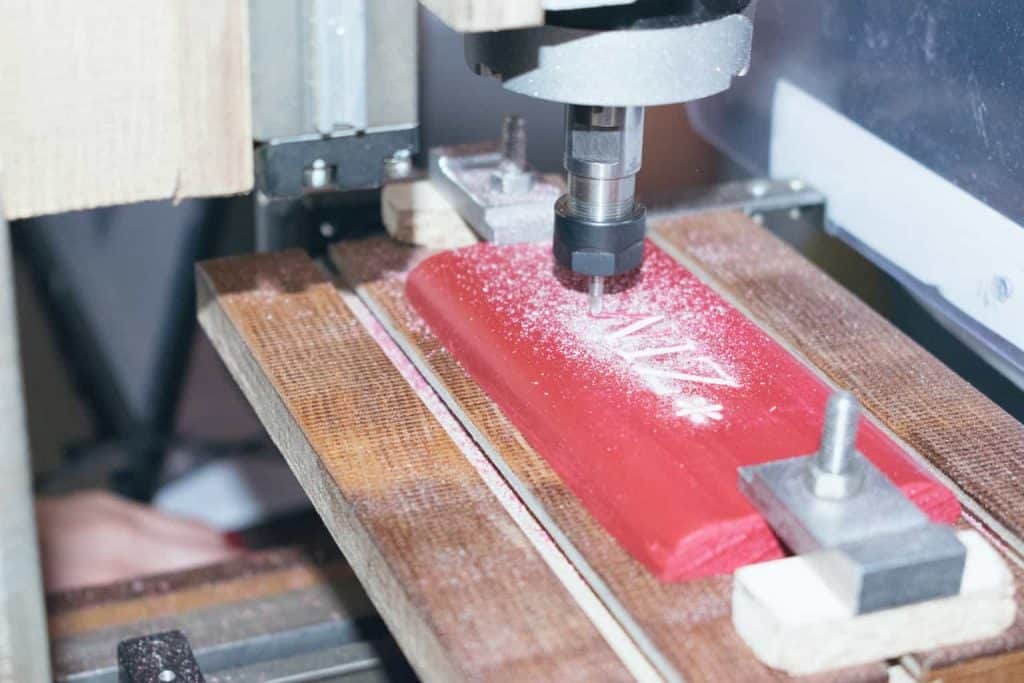 Since its establishment in the 1940s, the Computer Numerical Control (CNC) machining technology has evolved immensely. Starting off as a technology exclusively used in industrial settings, today, advances in computer technologies and the availability of relatively affordable machines have made home CNC machines common. This situation is encouraging hobbyists to use CNC machines to make creative pieces for various reasons such as making simple home tools, presents, signage or repairs.

To give you an idea of how the modern home CNC machine came about, we took some time to find out about the history of CNC machines.

What Are CNC Machines?

CNC machines are devices that use computer-controlled inputs to create products from different stock materials like wood, plastic, and metal.  As you may have already guessed from the use of the term computer, in the acronym CNC, these machines rely on digital instructions from programs that create designs. Two common programs are used to instruct CNC machines: Computer Aided Design (CAD) or Computer Aided Manufacturing (CAM).

Conventional vs. Novel Tech: How do They Differ?

Before looking at how CNC machines developed, you may want to note that these types of machines can be categorized into two groups: conventional technologies and novel machining technologies.

In conventional methods, the stock material used to create an artifact remains stationary during the production process. The unwanted material is removed from the piece by a spinning drill bit, or another tool, which is directed by the machine as it cuts the stock unit.

Novel technologies, on the other hand, use more sophisticated methods. For instance, they allow the stock material to move while the tool is stationary during the production of an artifact. Such technologies use the likes of laser cutting which slices away unwanted materials using a laser beam. When using novel technologies, CNC machines consume less energy and are more accurate.

The invention of CNC machines is credited to a man called John Parsons. After the Second World War, in 1949, Parsons began conducting research together with Massachusetts Institute of Technology (MIT). At this time he was working at the US Air Force. Based on this research, an experimental milling machine was designed at MIT.

Parsons developed a system to produce rotor blade templates for helicopters. He multiplied airfoil (shape of a wing’s cross-section) coordinates using an IBM 602 Calculating Punch. This is an electromechanical calculator, introduced in 1946. Then Parsons used a jig borer, a device which allowed data to be punched onto cards. The system could then read and produce specific parts based on pre-programmed information.

The development of home CNC machines was enabled by the PC-based Enhanced Machine Controller project. This Linux operated software was introduced in 1989 by the U.S’ National Institute of Standards and Technology.

When the project ended it was continued under LinuxCNC. Several PC-based programs such as Mach3 and TurboCNC emerged. Both were popular CNC controllers for home CNC machines because of their easy availability. This spurred manufacturers to make lighter machines, for which users did not need much training, for home use.

As CNC machines evolved, so did the software that runs them.

In 1957 Patrick Hanratty created the Program for Numerical Tooling Operations (PRONTO). It is believed that almost two-thirds of today’s mechanical CAD/CAM systems have their roots in PRONTO.

Ivan Sutherland developed Sketchpad, in 1963. This program, considered to be the ancestor of today’s CAD, bagged Sutherland the 1988 Turing Award (an annual prize awarded by the Association for Computing Machinery (ACM) for outstanding work in the field of computers.

The decade of the 1970s saw the development of the Non-uniform Rational Basis Spline (NURBS), the basis for modern 3D curve and surface modeling. Apparatus Deployment Analysis Module (ADAM), which is the origin of commercial CAD software, was developed in 1972. This was followed by the Computer-Aided Three-dimensional Interactive Application (CATIA), introduced in 1977. It made 3D modeling possible.

UNIX workstations emerged in the 1980s. A workstation was a computer designed specifically for scientific applications. Then, the IBM PC was launched in 1981. The next year Autodesk was launched, along with AutoCAD for IBM PCs.

In 1987, Pro/ENGINEER was released and ran on UNIX. This was because PCs were unable to properly run 3D CAD technology. Pro/ENGINEER used parametric modeling. This approach focused on the parameters and dimensions of the product.

By the 1990s, PCs could support 3D CAD. Engineers then moved from UNIX to PCs.  CAD software then became accessible to many who couldn’t afford it before.

AutoCAD 2000i and Alibre Design were released in 2000. These made 3D modeling over the Internet possible. Among the most popular CNC programs, today are Solidworks, AutoCAD, and Tinkercad.

Below are some of the most interesting activities happening in the CNC machining world today.

When you look at CNC machines today, you will realize that the basic principle developed in the 1950s has not changed much. However, a research group led by Professor Keiichi Shirase from the Kobe University Graduate School of Engineering promises that things are about to change. They promise that they will do this by eliminating the stage where you have to create G-codes telling the machine what to do. This is being achieved by the invention of a CNC machine that only requires the beginning and ending geometry, and then converts the geometry to G-code on its own. This will make it cheaper and simpler to produce artifacts using CNC machines; something people using CNC machines at home are likely to appreciate.

Even though models and artifacts can be produced using both CNC machines and 3D printing, these methods have always been seen as exclusive of each other. The reason behind this is that CNC machining removes the unwanted parts of a stock material while 3D printing adds material in the production of artifacts. Hence, the two processes have never been amalgamated into one machine. This is what the creation of BoXZY is about to change. The BoXZY is a machine that combines a CNC mill, a 3D printer, and laser engraver into one machine.

Another 3D technology that may be of interest to hobbyists is the Carvey. This is a 3D carving machine which makes it possible to create a variety of objects using different types of materials such as metal, wood or plastic. This involves a simple process where you design your product using your preferred software, you then decide which material you want to use before pressing the button allowing the 3D printer to take over.

Hobbyist interested in making furniture using CNC machining techniques can take advantage of Open Source plans. This fabrication movement makes it possible for designs to be globally shared and artifacts produced locally. If you identify a piece of furniture you want to CNC at home, you simply download it using OpenDesk. Those who want to make some money from their CNC machining hobby can use OpenDesk to connect with buyers.

The development of CNC machines over the years has enabled many people to access these machines to fulfill their hobbies. Today ordinary people are also using CNC machines to make interesting pieces.

One of the most interesting pieces made using a home CNC machine is a cool knife block which can hold up to five knives and a sharpening file. This would be a great starting project for someone learning to use home CNC machine because it involves learning some important skills like sanding, rounding and gluing stuff together. 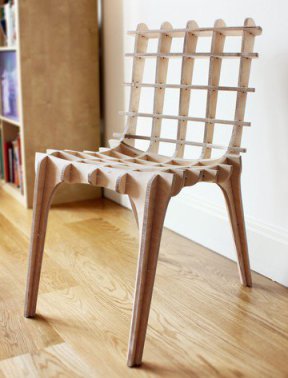 If you enjoy having unique pieces of furniture, you may want to look at some interesting ideas shared by Open Desk. Some of the coolest furniture made from the software available on this site includes a table and chair set and the sketch chair which is likely to attract attention wherever it is placed. 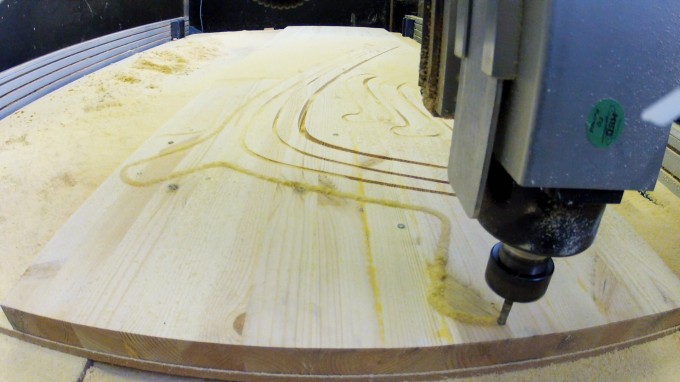 If the CNC machine you have at home is not suitable for any of the pieces you want to make, you can look for a shared work station in your area where you can find shared services and tools.

The Future of CNC Machines

A careful analysis of the history of CNC machines shows that they have been getting more popular over the years. People no longer see them as machines reserved only for industrial purposes, but more like appliances that can be used in the home to create artifacts.

With the proliferation of technologies and more people starting to understand the technologies, the cost of such machines is expected to go down. The more people that buy home CNC machines, the more companies are likely to benefit from the economies of scale, which, in turn, brings down costs.

It is also likely that with more people opting to use available technologies to work for themselves from home, home CNC machines may no longer just be looked at as something that is used by hobbyists but serious home businesses too.