The role of ‘The Carver’ in the Renaissance Court

The talented carver (trinciante) had a special role in the Renaissance court. He alone would be expected to cut the bread, fruit, meat and fish in full view of the banqueting guests.

The actual carving of the meat was a demanding performance that was meant to both entertain and serve the diners.

One of the most distinguished trinciantes of the time was Vincenzo Cervio. As the Carver in the court of cardinal Alessandro Farnese, Cervio literally wrote the book on the art form with a published treatise in 1581. 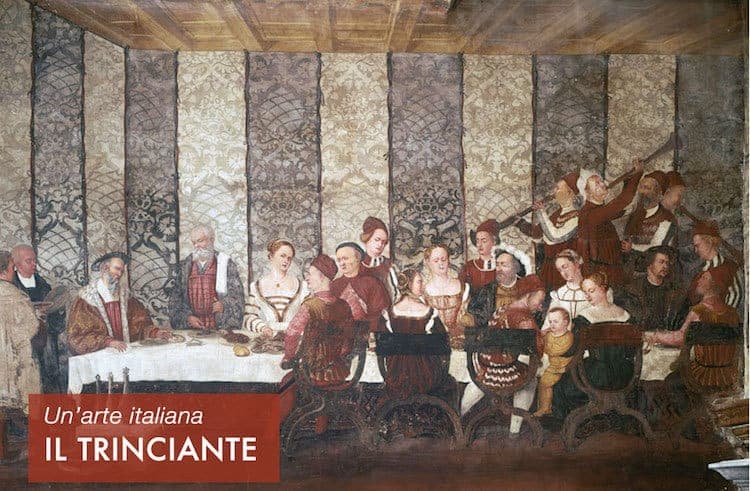 During his services to the Cardinal, Cervio perfected the art of lifting the roasted foul so that it could be carved in mid-air. He would lift a whole turkey in the air using a fork and rapidly carve the meat so that the shavings would rain onto the diner’s plate in decorative pattern of slices.

Like all things in the Renaissance Court, the Carving was a form of spectacle

The performance was designed to be theatrical, the carving carried out by the right hand in a swift manner ‘according to precise anatomical rules.’ At no point must the food come into contact with the carver’s hand.

Not just meat, but fruits too would be served in this way. Even eggs would be raised in the air and sliced to pieces, the morsels falling onto the plates in front of the guests. (Could you imagine if a hunter ever demonstrated similar skills using a gut hook knife, now that would be a spectacle).

This was all part of the festival of dining for nobles of Renaissance Italy. Everything was conceived to overwhelm the senses in an ongoing show of colors, punctuated by live performances and musical intermezzi. 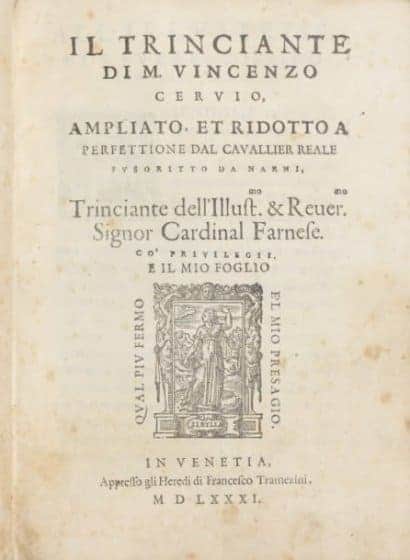 Further Reading: If you want to carve up a turkey the way its supposed to be done in the 21st Century, head to our top 5 best electric carving knife review article. You may not be able to slice the bird in midair, but you will be able to serve up some even pieced, succulent slices come Thanksgiving.